This photo-installation is a piece made for the project Transformation of space in Almaty in collaboration with the international collective Artpologist (art + anthropology). The idea behind the project was to presents an alternative view of artists and their work. Generally, the perception of artists is based on exhibitions and museums where they exhibit their finished works. In this case, our focus was on the process of artists’ work and the context where they live and work: the uncompromising and unflinching transformation of the city of Almaty. Instead of using the historical tradition, our collective turned to anthropology as a tool for investigation. Therefore we spent a lot of time visiting artists’ studios, talked to artists, and participated in their daily lives. And as an art collective, we have re-interpreted the collected material, filtered through our artistic visions.

My piece was based on 78 pictures of different sizes. They can be divided into two groups: artists’ studios with their private, inner atmosphere, where the time is passing slowly and insensibly, and photos that depict the external environment and its fragments, which are characterized by the rapidly changing urban environment during the building boom in post-Soviet Kazakhstan. 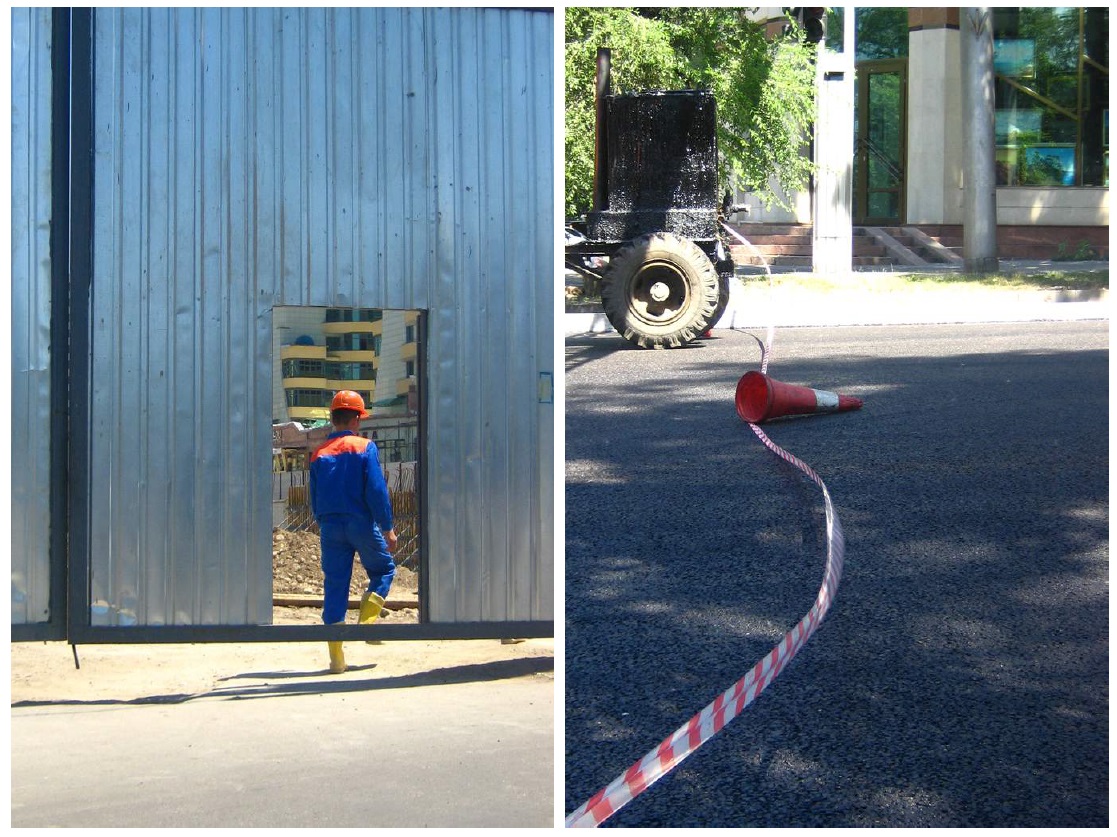 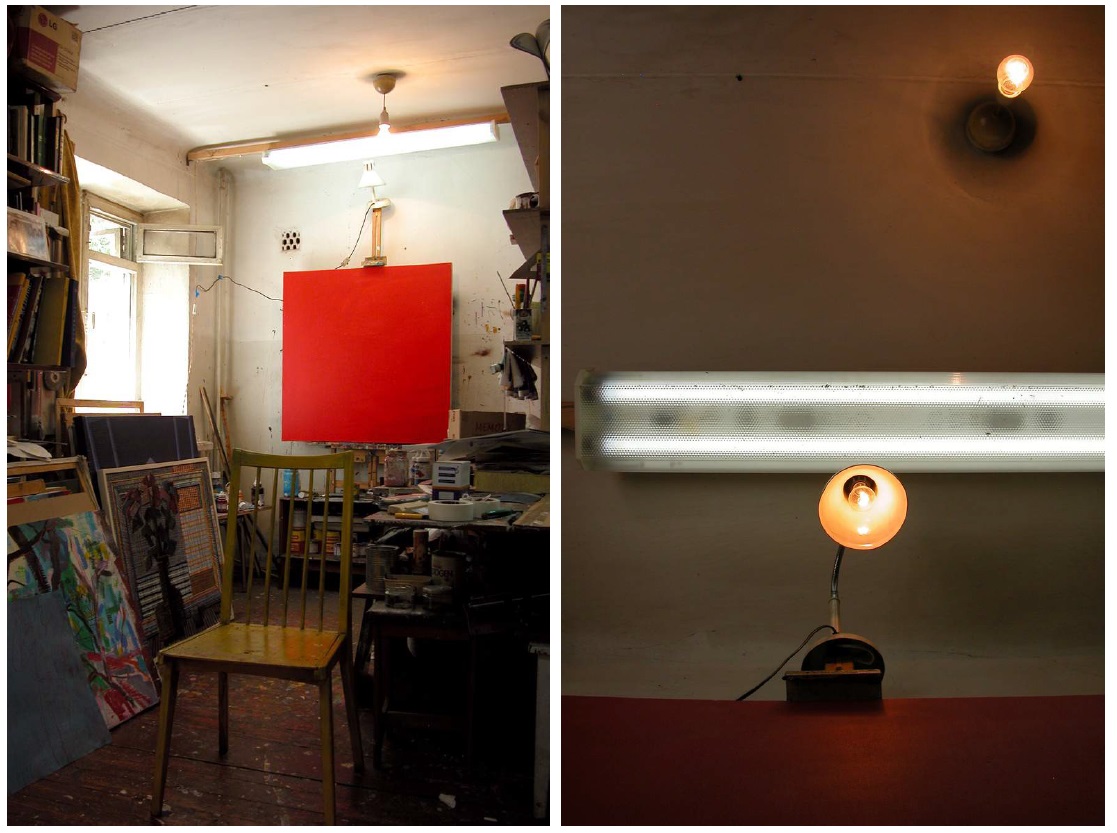 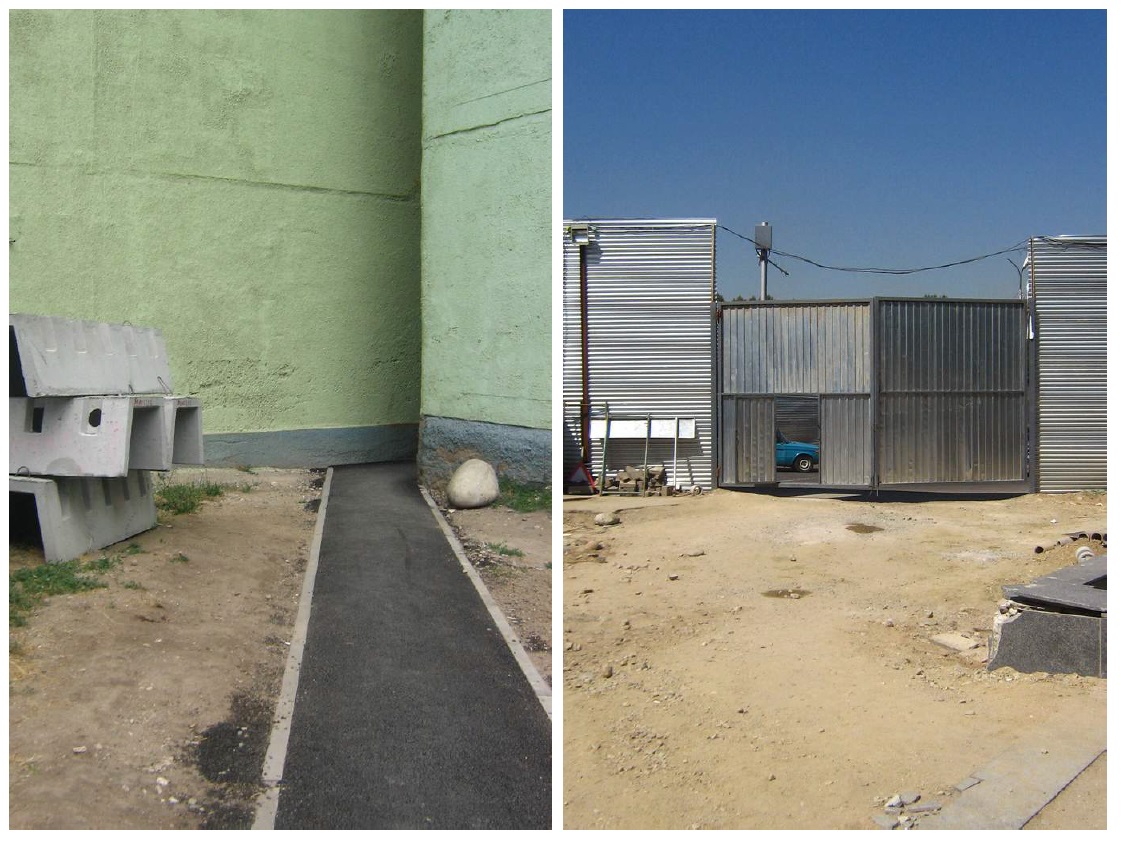