The color of life in artificial light.

This work questions the concept of artificiality, which has become a natural part of our lives. This series includes photographs of trees under neon lights, artificial flowers, and pictures of foothills that I made from images on a TV monitor. In many dictionaries, the definition for artificial (adj.) is in relation and opposition with nature, something that replaces it and is made or produced by humans. Light is one of the essential elements of life. It is a visual complement of other spiritual forces. For me, artificial light is a symbol of the city, of modernity, and the reality in which I live. Our environment is filled with artificial light, and even nature is comfortably broadcasted on TV or shown through the Internet, as a reminder of our involvement in it and at the same time detaching us from itself (nature). The photos presented in this project allow us to receive on one hand esthetic pleasure and on the other hand, they ask questions about the representation, perception, and understanding of our environment. 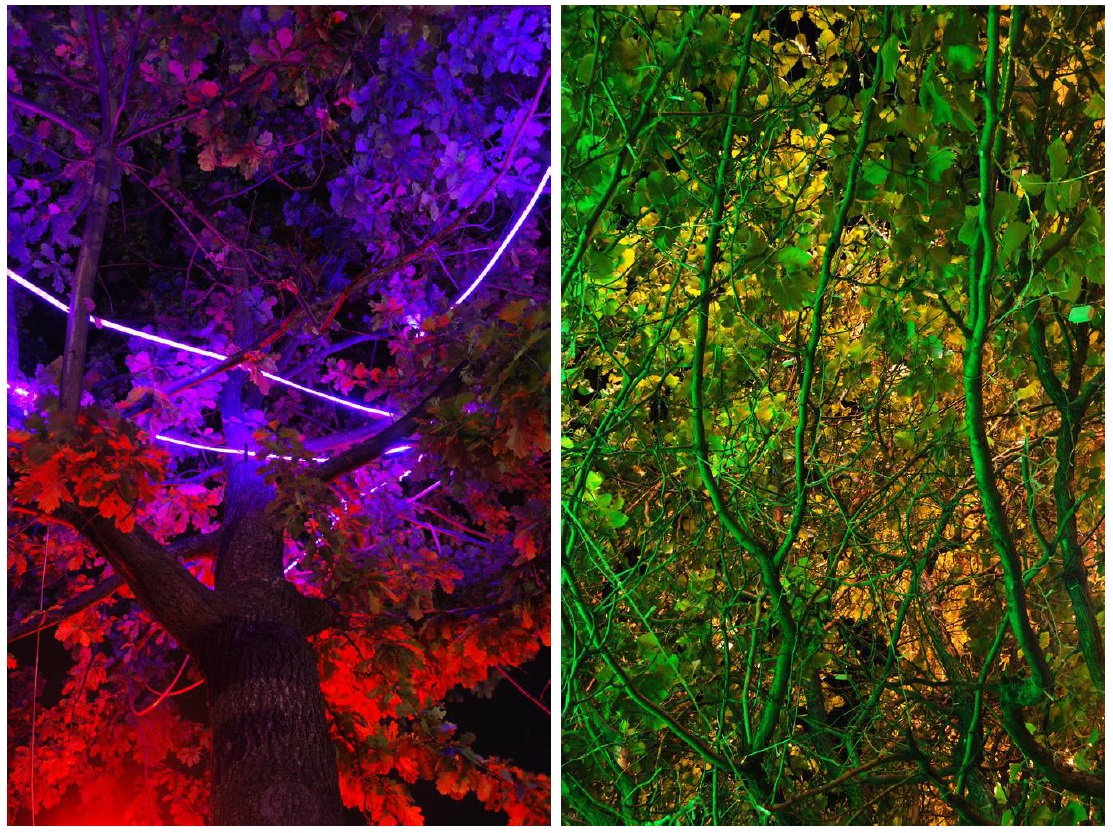