This work is based on coins made out of the mirror. On the one hand, they refer to the biblical story of the 30 silver pieces for which Judas betrayed Jesus for, while on the other hand, mirrors have a symbolical meaning that goes far beyond their simple function. Since ancient times they are considered as something contradictory, connected with beliefs of a border between different worlds and the magical communication between the reflection and the reflected. The reflection in a mirror is not only seen as an image of reality, but also as something transcendent in relation to the surrounding world. For many philosophers, a mirror is a tool for self-knowledge, as well as an image of the universe. Therefore, the mirror coins located inside the Ludwigskirche in Munich are not only creating a play with light-reflecting partially space but they also become small peepholes through which visitors can not only look at themselves but look into themselves. 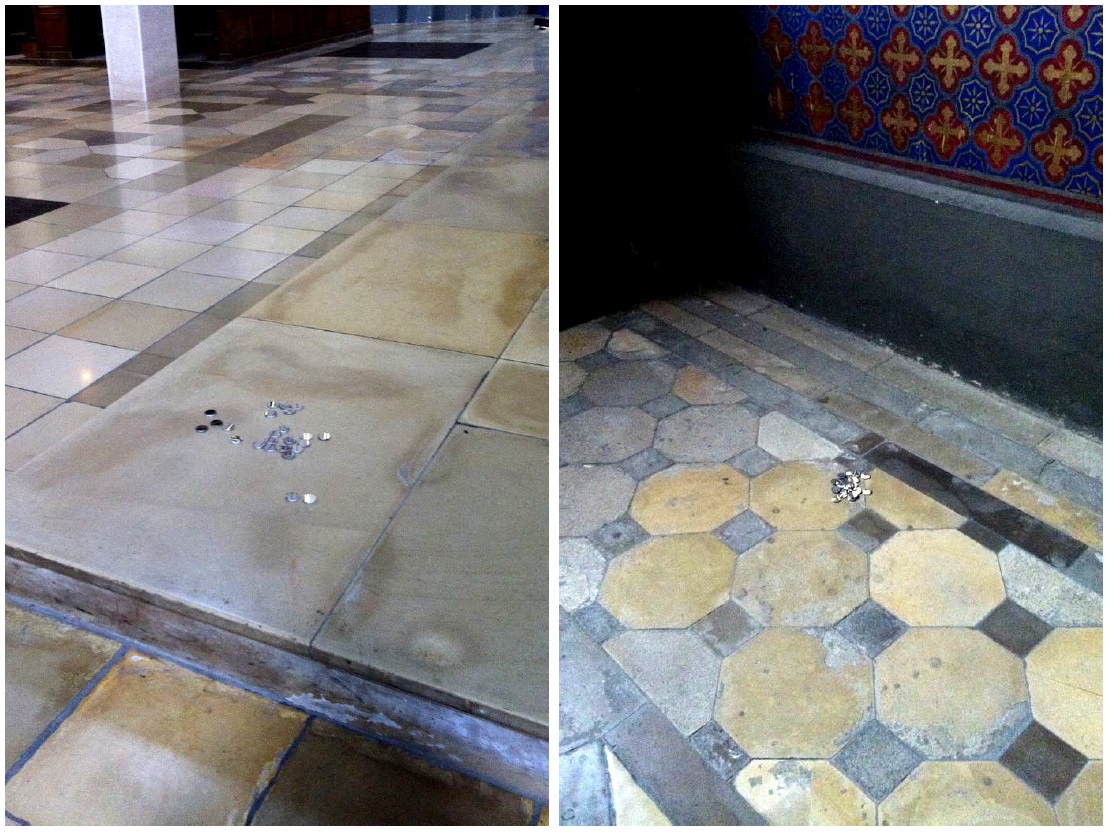 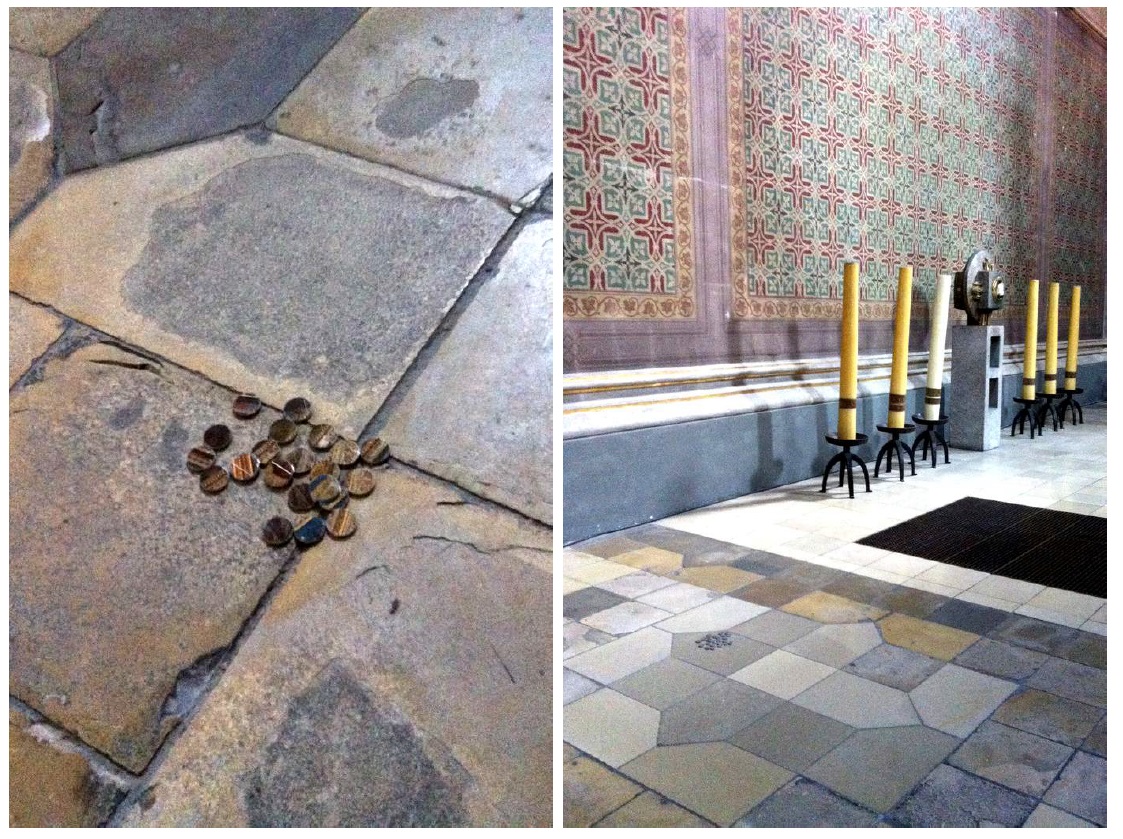 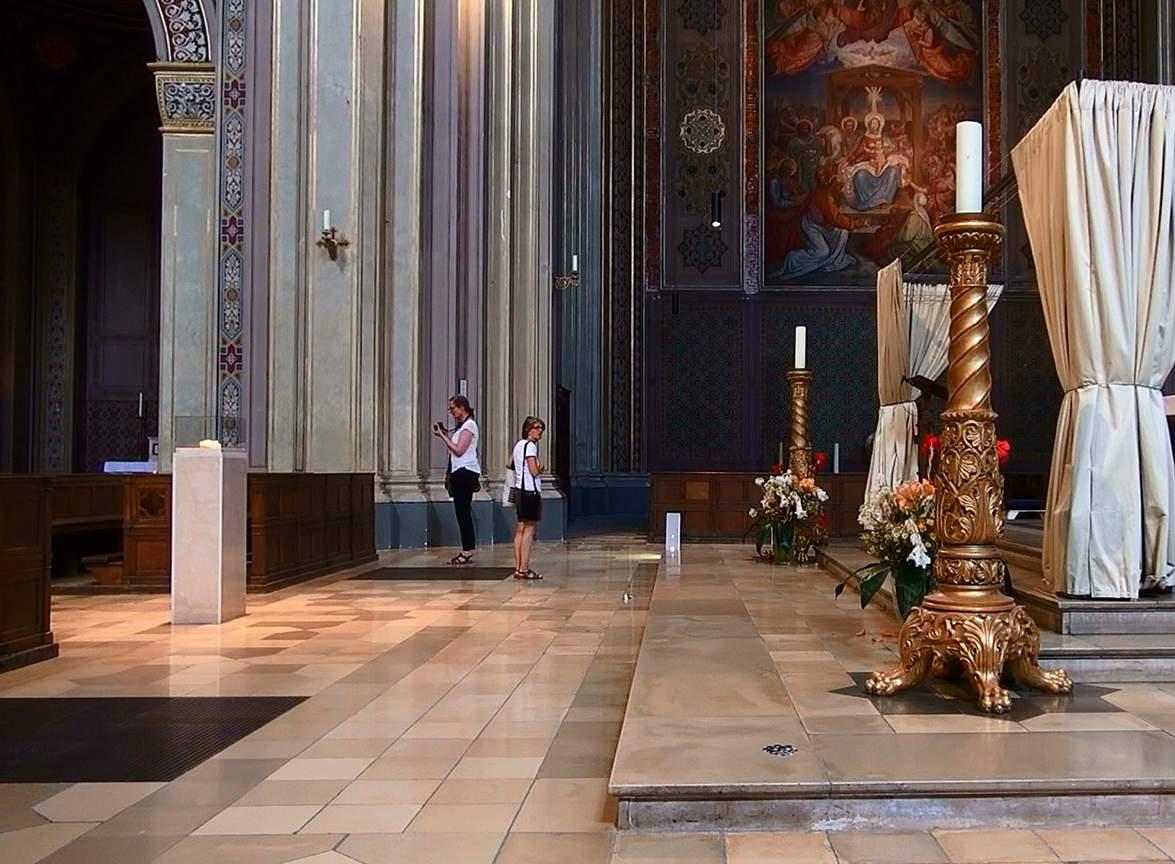