ARTYPOLY or the international emergent artist board game.

For the SUPERMARKET ART FAIR 2017 our collective designed and presented a board game ARTYPOLY that looks back on the struggles and experiences of being the young artist and speculates on how the journey may continue from now on. The aim of the game is to share these partly encouraging/partly traumatizing moments with other people and open up a discussion, with a focus on the relationship between the artist and the world, identity questioning, the reception of an idea and further doubting phases. The project ARTYPOLY invites the visitor to actively take part as a player in what appears to be a game, moving from one station to the next by following rules, and fulfilling different tasks. The playful and attractive game aesthetic slowly reveals a more irritating and bureaucratic facette that confronts the player and eventually opens up new questions and doubts. As art students or mostly freshly graduated artists we like to consider this project as a turning point, and we play with this idea: a turning point that does not turn, since finally after seeing the exhibition, one understands that everything continues exactly the way it was. New ideas and new projects arise but the same doubts, fears, and obstacles remain across the way. We do not want to build a pessimistic view of what is being an artist. Rather, we want to break the seriousness of this topic by slightly ironizing it and work around it by spotting the constructive aspects of self-questioning. 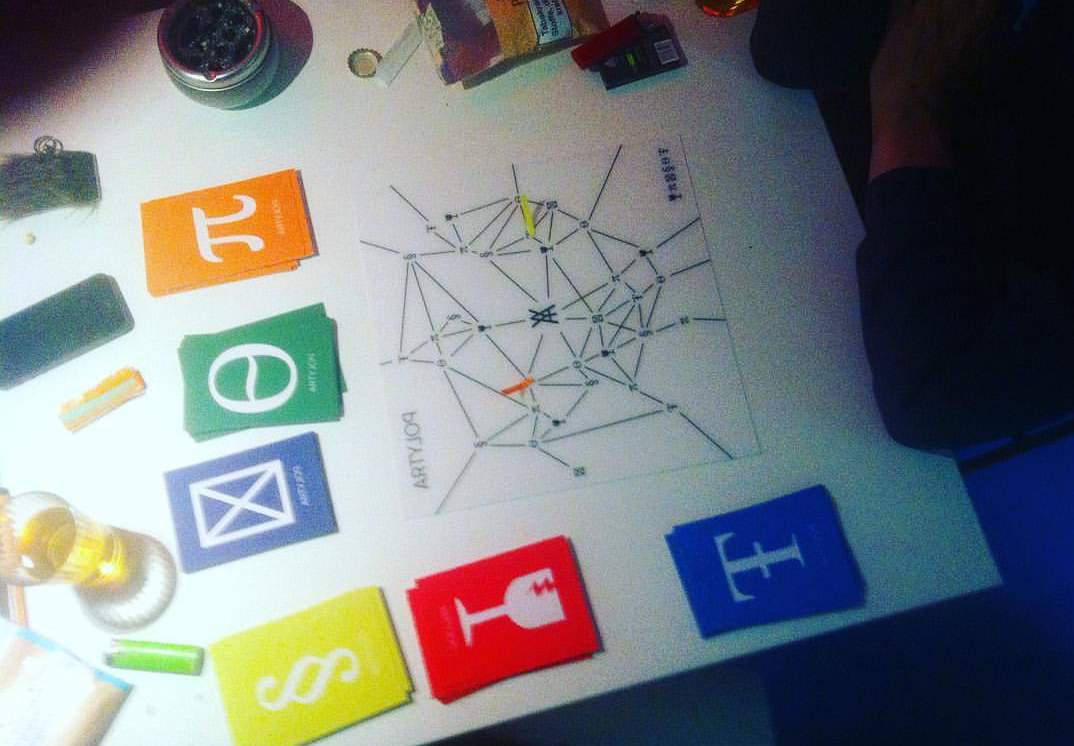 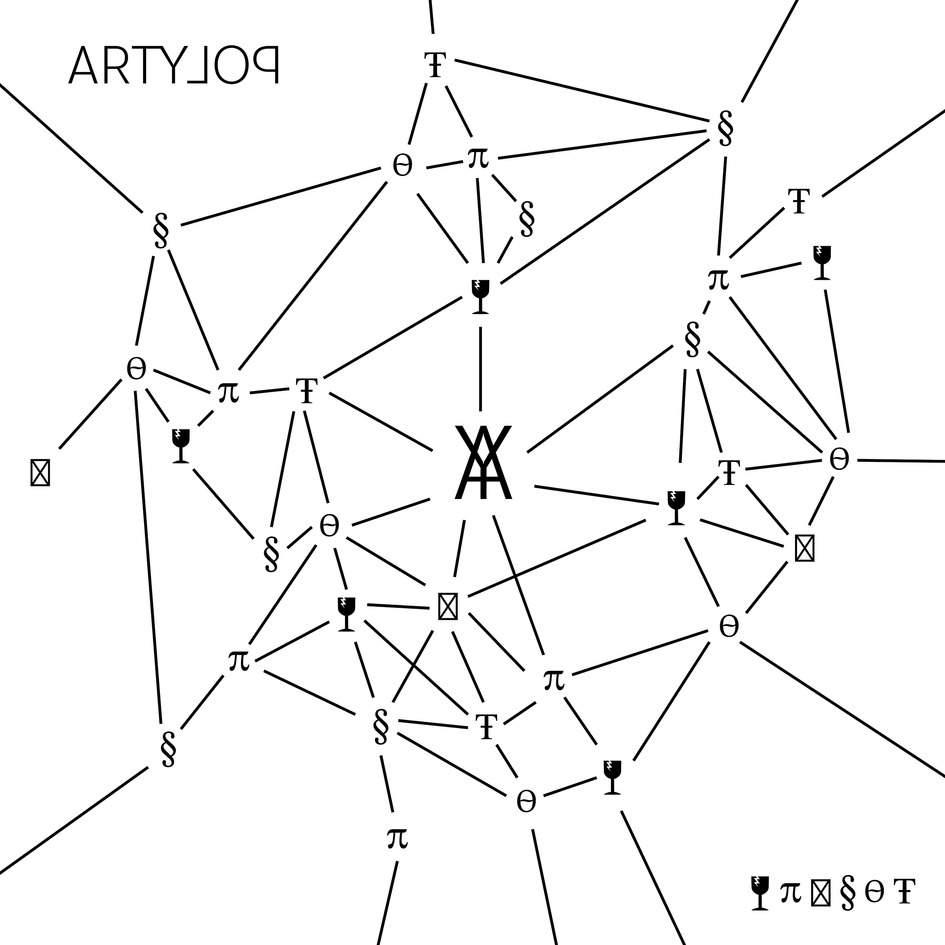 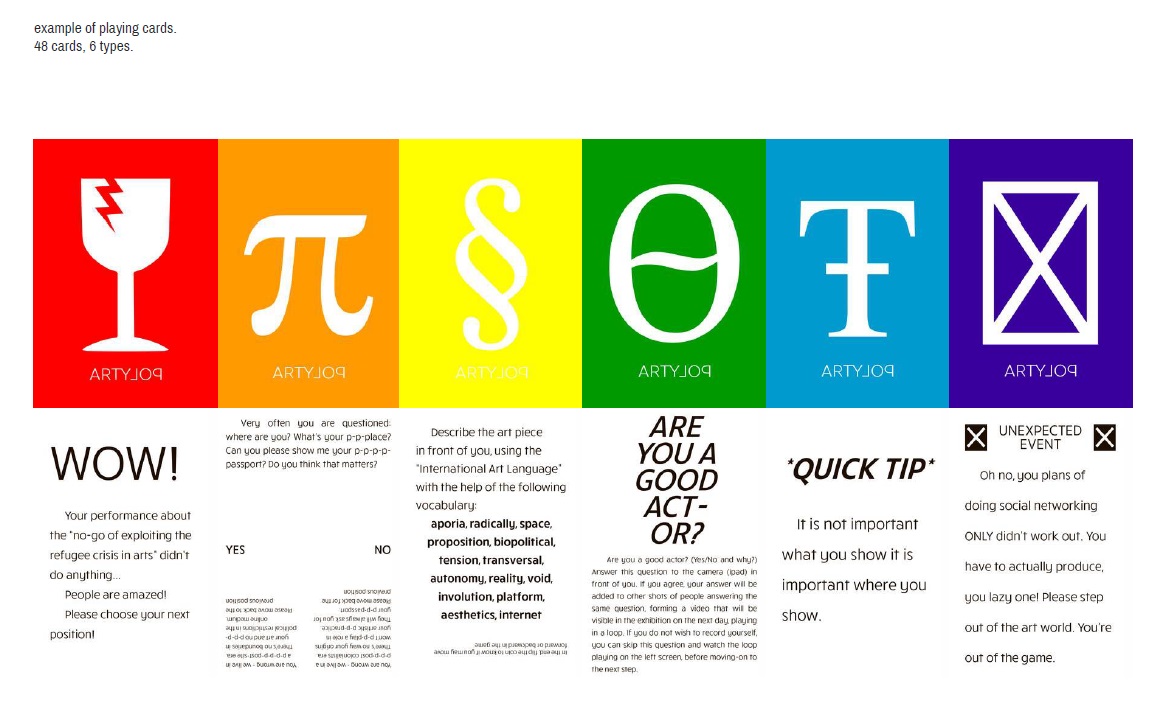 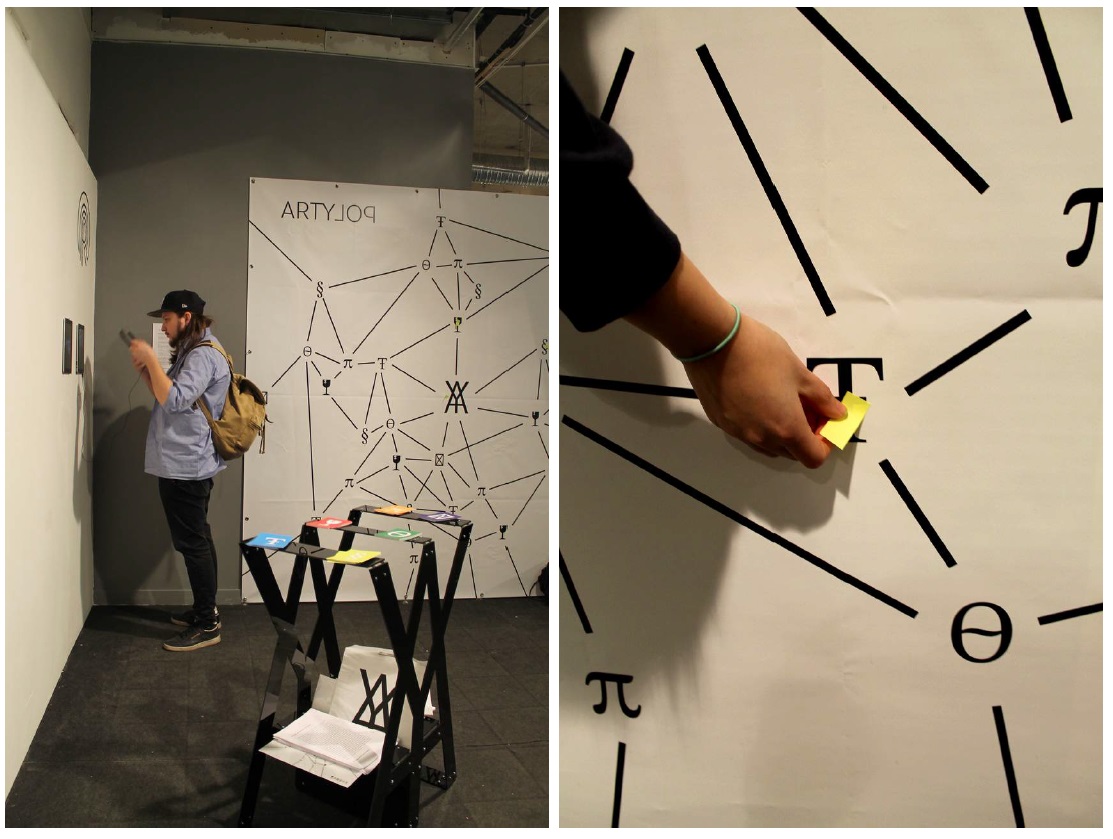 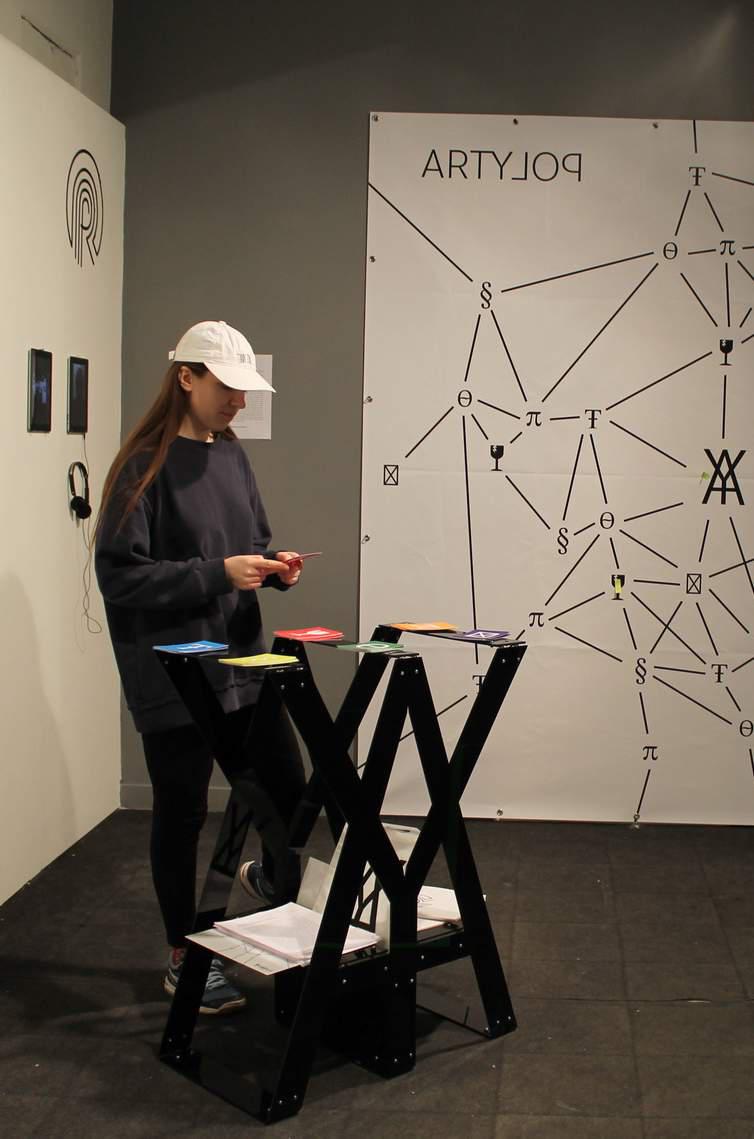